Derek Draper has been drawing and making for as long as he can remember: Airfix models as a child, holiday jobs as an apprentice carpenter and, on leaving school at sixteen, training in welding and metal fabrication. It was a chance conversation in the local pub that prompted him to join Abbey Holford Rowe Architects (later Aedas) as a junior technician.

Thrown in at the deep end, he not only found himself developing his technical understanding of materials, but also borrowing books to feed his growing interest in architectural design. As a result, after moving to Aedas’ London office, he began a part-time degree at the University of Greenwich to qualify as an architect. This somewhat opportunistic route into the profession has helped to define not just Derek’s approach, but also that of the practice. It begins with at an elemental level with his understanding of material characteristics and site and procurement specifics. This, along with an instinctive interest in how people inhabit space, gives his finished buildings a sense of inevitability – as well as articulating the opportunity special to any site.

No matter the project type, Derek’s consuming interest in technique almost always sees him modelling a design in digital or physical space – and he is rarely found without his sketchbook.

Derek began his professional career working as a technician, and completed his degree in architecture in 2008, studying part-time at the University of Greenwich in parallel to his work at Aedas. He completed his diploma with distinction in 2011 and Part III in 2012, both at Greenwich.

During his ten years with Aedas, a 1,400-strong organisation working from fifteen different offices, Derek worked on a vast range of projects, delivered through a variety of procurement routes and often involving an extended programme of work over several years. This big-practice experience both contrasts with, and informs, his eventual move into smaller, more collaborative design studios: first to Collectif NineteenEightyOne and now Atomik. His career highlights reflect this ability to work at differing scales, and include a five-year project to evolve the Holland Park School estate, £300 million office towers in Abu Dhabi and, more recently the installation It’s not who you are, it’s how you are at the BALTIC gallery in Gateshead.

During his studies at the University of Greenwich Derek received a number of awards, including two nominations for the RIBA President’s Silver Medal. He is a regular contributor to Article 25’s annual 10×10 Drawing the City charity initiative and has been selected as a finalist for several drawing prizes, including Architects Eye and the AJ Habitation Drawing Prize. He was selected as an RIBA Rising Star in 2019.

Examples of work by Derek Draper 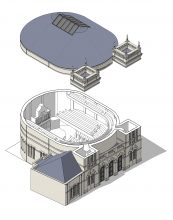 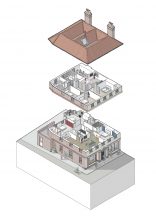 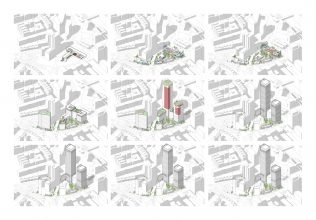 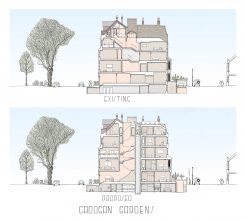 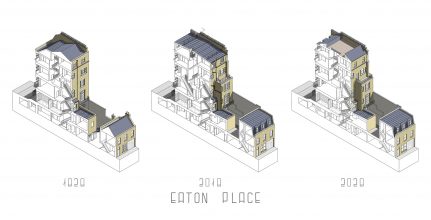 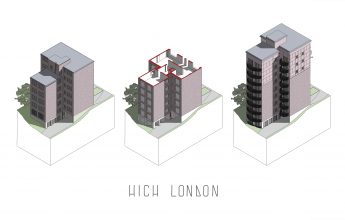