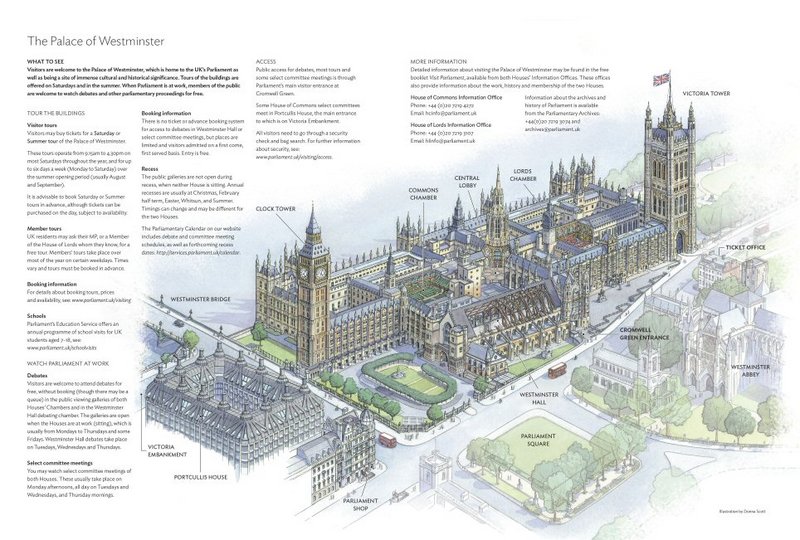 The Palace Of Westminster

Thanks to a referral by a fellow member of the SAI, I successfully tendered for a commission by Parliament to illustrate the Palace of Westminster for a new official guidebook produced by the House of Commons and House of Lords.

The brief was to produce an aerial view artist’s impression of the Palace to feature on the inside gatefold cover of the guidebook.
It needed to be rich and detailed in style, in keeping with the rest of the guidebook and its contents, and situate the building in relation to its surroundings including cut-aways to reveal the interiors of Westminster Hall, Central Lobby, Commons Chamber and Lords Chamber.

I was provided with aerial photography taken by the Met Police for reference as well as plans and elevations of the buildings and given a tour of the palace with a permit to take my own photographic reference to aid in the production of the interior cut-aways.

As you can imagine it was a very challenging undertaking and I sent through progress scans at various stages of the process so that the details could be scrutinized to ensure accuracy.

Further details of the book and how to purchase a copy can be seen at
http://www.parliament.uk/visiting/access/facilities/gift-shop/visitors-guidebook/

I received an invitation to the book launch event at the Houses of Parliament on 10th July 2012 where it was announced that the original illustration would be handed over to the Curators and formally become part of the Parliamentary Art Collection, an important national heritage collection. 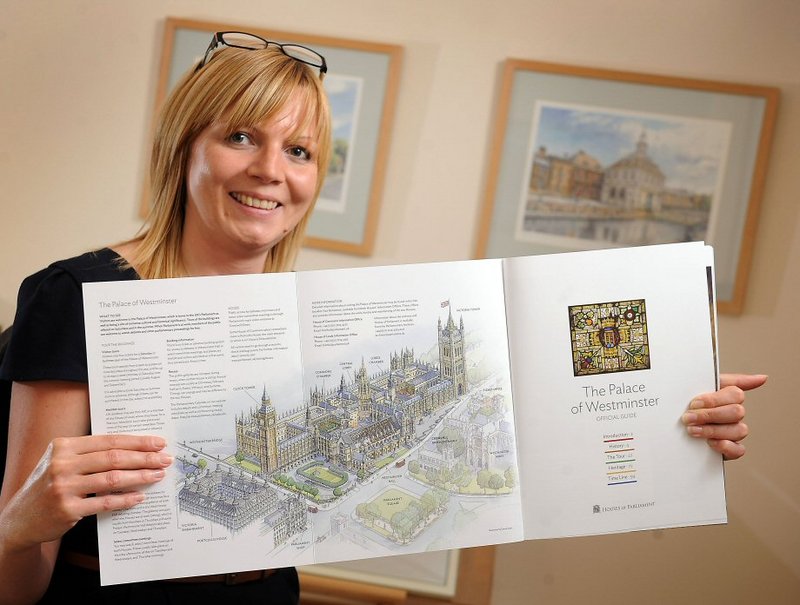